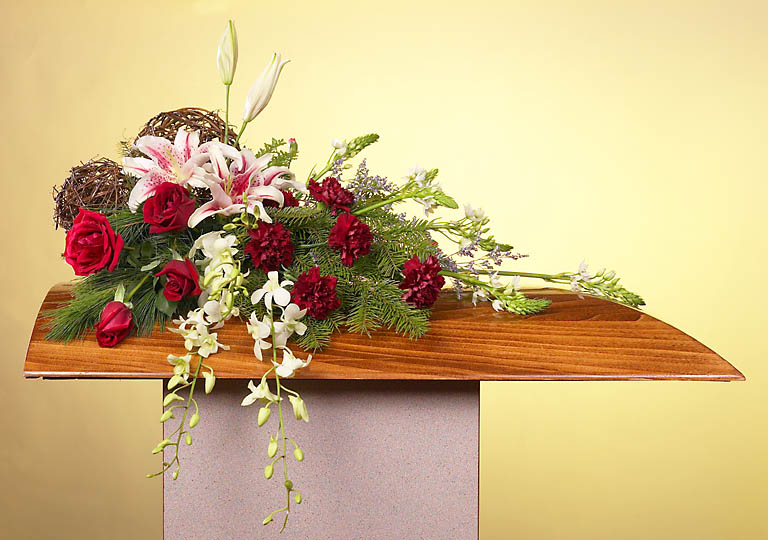 Death and funerals aren’t topics we generally like to talk about round the dinner table. Actually, it’s a topic we go out of our way to steer clear of, and don’t want to deal with until the inevitable occurs. And when that does happen, there’s the strong possibility it might turn into a bigger headache and heartache.

After all the questions are answered, there’s likely to be one big one still looming: who’s going to pay for it? It’s not unusual for families to scramble to find money to pay for Mom or Grandpa’s funeral at the last minute, making a sad situation into a financial hardship.

Here’s an idea you may not have been aware of, or even considered. Right now, regardless if you’re healthy and fit as a fiddle, or you have loved one looking at a nursing home, paying for your funeral now could work in your favor. How’s that, you ask?

The technical term is called an irrevocable funeral trust, or for simple terms we’ll call it a funeral trust. If you’re in good health, purchasing a funeral trust is just a great example of preplanning. It’s a matter the family doesn’t have to worry about. On the other end of the spectrum, if you or a family member is seriously looking at a Medicaid situation, a funeral trust is Ione way to protect assets – money – and be able to pass part of your financial legacy on to the family.

A funeral trust is a contract you enter with a provider, preferably a third-party insurance company whose sole job is to manage and oversee funeral trusts. There are companies which have been doing this sort of business for more than 100 years. The company holds the money until it’s needed, and while it’s being held, the account is earning interest.

It should be stated that a funeral trust doesn’t deal with cemetery plots, vaults, etc… This is a common query that comes up during the discussion of funeral trusts. The trust deals with specifically business arrangements with an actual funeral home.

How does it work when it’s needed? At time of death, the family calls the insurance company’s customer service line and gives a policy number that was issued when the trust was established, and within 2 business days, a check is sent to the funeral home of your choice. A few weeks later, after some paperwork is submitted, the remaining money (with the interest figured in) is returned to the family.

One of the positives to have a funeral trust is, you’re not committed to using a funeral trust at a specific funeral home or location. The family-owned, neighborhood funeral home which handled Grandma and Grandpa’s funerals 20 years may or may not still be in existence today. Sure, the physical building is still there, but it may be owned by a giant corporation six states away, and the one-on-one customer service that made the local funeral home successful is a thing of the past. Face it, you don’t care to do business with them. That’s not a problem with a funeral trust. Your brother in Wyoming can contact the funeral trust company in Minnesota, for example, and have the money sent to a funeral home in Florida. It’s that flexible.

The process also works if your loved one wants to be cremated or have his or her body donated to science. A little more paperwork is involved, such as a letter from the university, but the end results are the same: the family has the opportunity to receive the policy’s balance.

How much can be set aside for a funeral trust? Each state imposes a limit on the amount of money that can be placed in a funeral trust. These limits are approximately equal to the average cost of a funeral and range from $5,000 – $15,000. Financial and estate planners strongly recommend doing the maximum amount, $15,000, especially if Medicaid is on the horizon.

Here’s something to remember. Mom and Dad can pay for their children’s funeral. But the benefactors of that money would be the grandchildren, not the children. The grandchildren wouldn’t see any of that money until after their parents (Mom and Dad’s kids) pass, but again, it’s a way for Grandma and Grandpa’s legacy to be passed on to the family.

Question: Mom and Dad prepaid their funerals with XYZ Funeral Home about 10 years ago. Can they set aside money for their funerals a second time? Yes. Enough time has passed from when the original contract was signed. A second trust will ensure there is enough money to cover all costs, and again, whatever remains after all the bills are paid goes to the family.

Who’s going to benefit from all this? The family. They won’t have to worry about scraping money together to pay for Mom’s funeral, plus Mom and Dad, or whoever has the funeral trust, is able to pass money on to the family, which is the ultimate goal, right? This is one way for their legacy to be passed on to the family.

There never is a good time to talk about matters like death, but when the opportunity shows itself, like when the family gets together next time for dinner and after the dishes are cleaned and put away, you might want to consider making your wishes known.

How Do You Apply For Medicaid?